The word yoga comes from the Sanskrit root yuj:. This means to connect, unite, the aim and focus of attention. Eventually it’s going to be the Union of our will with the Will of God. 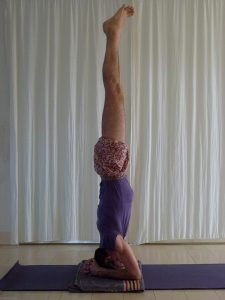 Jnana yoga is the form that is the most intellectual, namely reading the Yoga Sutras of Patanjali, the Vedas and Upanisads (ancient Indian writings). The integration of this knowledge in everyday life comes first.

Bhakti yoga is the shape of the spiritual devotion (surrender). The Hare Krishna movement is an example of this, but also an individual surrender to the ‘ Supreme ‘ is meant with it.

Karma yoga is the form where the (good) Act is paramount, and the karmic law (cause and effect) fulfilled, and attracts less and less negative energy (do well, meet well).

Raja yoga is the form in which all other forms are combined and is therefore referred to as umbrella or called Royal yoga (which leads to association with the universal spirit).

Hatha yoga is the form taken. This form is primarily body postures (asanas) and breathing exercises (pranayama). Iyengar yoga is also seen as a form of hatha yoga, alongside other schools like Yoga Vedanta Foundation, Saswitha Foundation, Samsara and Unide, in the Netherlands.

It is, of course, comparatively to take this so black and white. You start from a direction that best suits your personality. And then there the main focus is on. It goes without saying, in your development you broaden your knowledge and you integrate it.

These are directions from the original yoga tradition from India. In modern times there are new forms in combination with other methods. Some examples are: Power yoga, Okido yoga, Acro yoga, meditatieve yoga, Egyptian yoga, Dru yoga, etc.